This website requires certain cookies to work and uses other cookies to help you have the best experience. By visiting this website, certain cookies have already been set, which you may delete and block. By closing this message or continuing to use our site, you agree to the use of cookies. Visit our updated privacy and cookie policy to learn more.
Home » Ads for dairy products show football, baking themes this week
Dairy Processor NewsSales Data
USDA's Dairy Market News

Conventional milk’s national weighted average advertised price for half gallons this period, $2.27, is 14 cents below two weeks ago. 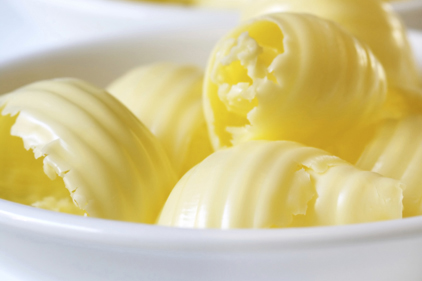 BUTTER HIGHLIGHTS: The CME cash butter price continued its' firm trend this week until Friday’s active trading. The market turned sharply lower on Friday with 13 sales reported and the price down $0.0925 to $1.8600. Churning schedules across the country are mixed, depending on cream availability. For the most part, churning schedules are strong as butter producers prepare for upcoming holiday butter needs. In some regions of the country, butter producers are indicating that cream supplies for their needs are tightening as some Class II operations increase production of cream based holiday type items. Butter orders are strong for both retail and food service needs. Some retail buyers are indicating that promotions are being scheduled for varying periods prior to the upcoming Thanksgiving holiday and are placing orders to accommodate anticipated good clearances during those times.
Food service and restaurant buyers are also placing good orders for upcoming needs. Reports indicate that restaurant traffic flow is good and will potentially get stronger as the yearend holidays near. Butter export assistance continues to be extended through the CWT program. Most recently, assistance was extended for the export of 91 MT (200,621 pounds) now through the first quarter 2013.

Retailers pulled back on dairy ads this week

Ads for cream cheese are up 48% compared to last week