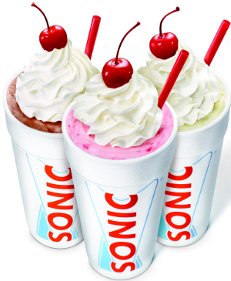 The drive-in restaurant chain Sonic has cut in half the prices for its ice cream shakes on June 20 in a Summer Solstice promotion. Wednesday, June 20, is the longest day of the year in the northern hemisphere. The half-price deal will be available every night after 8 p.m. throughout the summer.

The Oklahoma City-based restaurateur also proclaimed itself "the official sponsor of the sun."

Food Plant of the Future: Surviving and Thriving with Automation